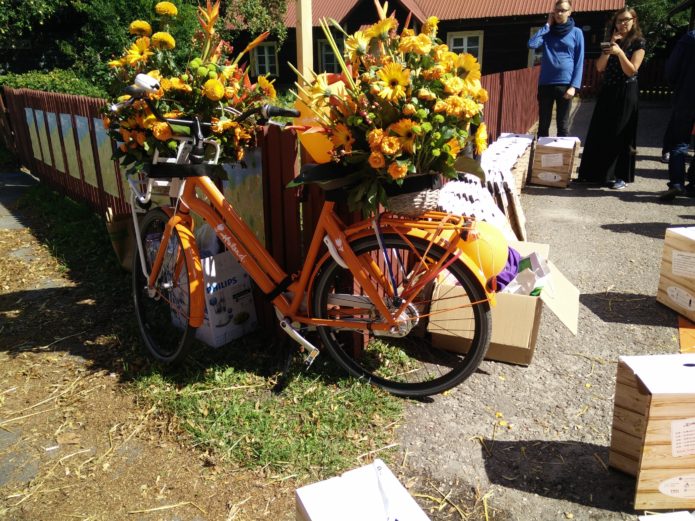 The official Opinion Festival brochure says that when we think of the Netherlands we think of tulips and windmills, but for others, the Low Country means philosophical footballers, excellent flood defences and a – cough – liberal attitude towards what someone may or may not be smoking. But there is a tradition of this small nation, which was once a merchant shipping hub for the world, exporting new solutions to civic and political problems, and it was one way of doing so, the polder model, which was discussed on Friday afternoon in the talk “How to Make Consensus-Based Decisions: Dutch Polder Brunch”.

According to Wikipedia, “the polder model is consensus decision-making, based on the acclaimed Dutch version of consensus-based economic and social policy making in the 1980s and 1990s.” Wim Kok, who was Dutch Prime Minister during the economic boom-time of 1994 to 2002, supported the polder model, or his version of it, as a way of ensuring that all voices be heard in a process of decision-making.

Things have changed, some would say for the worse, since Kok’s time at the head of his government. The far right is building its share of the vote in the Netherlands, Estonia and many other parts of Europe, and the idea that consensus can be found on any issue just by talking it over now seems less of a certainty than it once was.

Peter Kentie, a Dutchman from Rotterdam living at the moment in Tallinn, talked about the rebranding of Estonia, with Visit Estonia now using slogans like “ESTonishing”, alongside a new logo. “It’s not about the logo, it’s about passions. You can’t have it that someone from the ministry comes to someone and gives someone the task to do the design, the ministry should team up with the stakeholders in Estonia, and together create the brief and together be responsible for the result.”

Sometimes, Kentie argued, it matters how people collaborate, not just who collaborates. “If the person giving the brief is sitting next to you, rather than just being the one who gives the money, that makes the difference. It’s better to have that discussion in the room, than in a newspaper.”

When asked by moderator Annika Uudelepp how he would attract Asian, or international, talent in greater numbers to Estonia, Kentie said that perhaps the problem should be viewed differently. “I think maybe, as a first priority, talent should not be coming, maybe the priority should be exporting to the rest of the world.”

“There are qualities here that aren’t yet fully-known to other countries. You really have to communicate those qualities to the rest of the world. If you do that, then maybe people [in other countries] will think ‘I can contribute something there in the future.’ The ‘Skype Mafia’ shows that you have all these young people who use the digital world in a disruptive way, and that’s the important thing, to disrupt. If others go left, you should go right, and if you get that mentality right, people will come to you. You have to first tell the world you’re really open to that, and communicate to the rest of the world that you’re there.”

One example of increased civic activism in Estonia has been evident over the proposed development of Kalarand in Tallinn. Local groups ensured that they had a say in the planning of a new development on the promenade, and ensured the current beach would remain in place, but only after the developers, with the apparent backing of local government for their building plans, tried to sue a local activist to bring in a gagging order.

“In the Netherlands,” said panellist and Dutch Ambassador to Estonia Jos Schellaars, “we also have property developers who are very keen on acquiring areas on which they can build. But then there is a process of permission. Even after the permission is given, I think in the Netherlands protesters have a louder voice. The discussion process, I think, is much longer. Voices are louder and better-heard.”

Days until next Narva Arvamusfestival